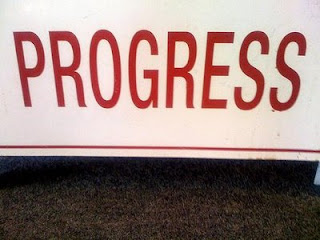 A perfect ten? Practice makes perfect? The perfect storm? What's with the obsession for perfection? I feel sorry for those who deem themselves as perfectionists simply because they may actually believe that they can achieve perfection. Don't get me wrong... I believe in always putting my best foot forward but how many times have you ever really done something perfectly?

till death do us part... 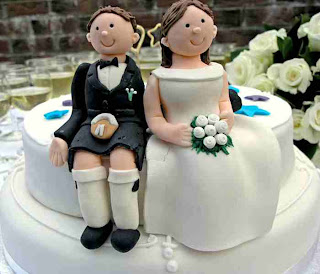 When you give your life to someone else it is a two-part commitment. First of all, you have the initial promise (I do). But it doesn't stop there. In fact it only begins with those first words. That promise must be carried out day after day in order to stay in tact. Even though I told my wife I would love her forever I must be true to that day after day. What began as my initial vow must be carried out each day. In other words, I must act married.

I think the same is true in our salvation as we make a commitment to follow God. It too is a two-part deal. I make that initial promise or request and vow my eternal surrender to my Creator. But that isn't where it stops. In fact it only begins with those first words. That promise must be carried out day after day in order to stay in tact. Even though I told God I would love Him forever I must be true to that day after day. What began as my initial vow must be carried out each day. In other words, I must act redeemed. I must act changed. I must act committed.
Posted by Micah Andrews 1 comment:
Email ThisBlogThis!Share to TwitterShare to FacebookShare to Pinterest

All In The Family 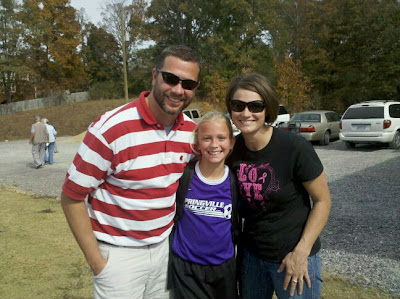 Let it be known that I am a proud daddy. I have been blessed with two amazing daughters that make me laugh, make me cry, make me miss home when I am away and make every day an adventure. This past Saturday we had an awesome family day. Olivia had her last soccer game of the season. They won and finished the season 7-1. But not only did they win this past weekend they won 7-1. Of our 7 goals scored, Olivia scored 5 of them! Amazing. Needless to say I was proud of her. But what I was reminded of is how important it is for her and her sister to know that I am proud of them. I don't ever want their affirmation to come from another man. Not a boyfriend. Not anyone else but me. I bet I told her 20 times how proud I was. We watched the video later this past weekend and again I made it a big deal. In our world that is laced with a need for affirmation, make sure your kids get it the most at home. After all... children are a blessing from God.
Posted by Micah Andrews 2 comments:
Email ThisBlogThis!Share to TwitterShare to FacebookShare to Pinterest

Honestly, investing is not my favorite word (sorry EJH). I've avoided it for much of my adult life in part since I never heard it all that much at home growing up. When you never have any extra you just don't put any back. In an odd way, I have always felt like I was losing something now even though I would get it all back and possibly then some at a later time. But the loss of something important to me in the immediate is the roadblock for pouring and planting and investing for a future day.

So what about investing in people? Why do we rush down the hall right past him or her instead of stopping and planting a little hope and sunshine into their lives? Why don't we opt to share a lunch with a friend as opposed to shutting the door and eating alone? It's because it requires emotional labor. This is the stuff that drains us. It requires me to loose a piece of me now. But what we forget is that the small investment of me now may be the investment that pays a greater dividend in the future. Emotional labor is difficult because it appears to be all giving and no receiving... but in reality when you give of yourself you'll find that you always get more than you give.

Emotional labor. Invest into someone.
Posted by Micah Andrews 1 comment:
Email ThisBlogThis!Share to TwitterShare to FacebookShare to Pinterest

"light but not heat" 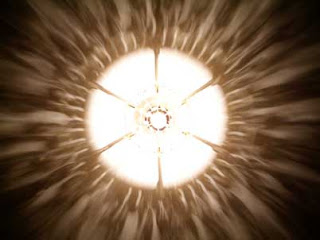 I read this statement last night that really caught me... Seth Godin referring to being graceful.

I have found a new life trait that I want to capture. GRACEFUL. It makes me think of an old black & white movie with some guy that I don't know gliding across the floor with some long-haired blonde, moving seemlessly, almost in slow motion, nothing else in the room matters and barely seems to exist. GRACEFUL. The word itself just puts you at ease. But them comes the kicker - my life feels most days like anything but graceful. Chaotic, maybe. Hectic, maybe. Frantic, maybe. Some days I feel like I should have become a fireman since all I do is put out fires. I want to be a GRACEFUL leader. A man who is firm but fair. A man who shares light but not heat. Then comes the follow up quote from Godin...

"The thing is, no one is born graceful. It's not a gift, it's a choice."
Posted by Micah Andrews 1 comment:
Email ThisBlogThis!Share to TwitterShare to FacebookShare to Pinterest

Just kiddin'. I'm actually bringing blogging back. Does anyone of my old friends out there still blog? I must admit with the new addiction, I mean addition of Face Book I've been a bit preoccupied. I have missed my old friend(s) at blogspot and just decided with almost a years vacation it was time to revisit a favorite of my past times. If you have never seen it... you can follow at www.micahandrews.blogspot.com 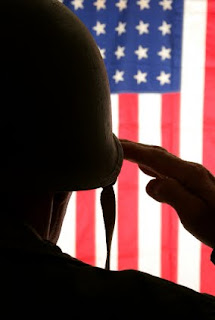 I was 17 years old sitting on the edge of my bed when I witnessed war for the first time. It was the opening air strike in the Gulf War. I was shocked. I was amazed. I was terrified. My country was at war. I see it as one of those things as if you aren't directly involved you can't fully grasp the magnitude. Both of my grandfathers were war vets and I have listened over the years to their limited story telling doing my best to imagine what it was really like.

I remember the excitement of leaving home. Sure I'll miss everyone but I'm off to college. The world was mine for the taking. But not even for one second do I try to make the comparison of going off to college to the likes of going off to war. Unless some freak tragic accident I could come home whenever I got ready. Unlike the many who have served our country who were never guaranteed any return home... ever. I can only imagine the emotion of leaving home for potentially the final time. I can not imagine losing friends, forever.

There are several things that I have always envied of men who have served in the military. I have a limited understanding of honor for one. But to serve my country... no that's a flood of honor. I have always appreciated the sense of discipline our veterans seem to have. I have often wondered what kind of man I would be today had I served in the military. Those who have served walk differently. They have a swagger like none other. And talk about loyalty... they understand it.

As I reflect on this Veteran's Day I realize once again that I have a limited capacity to appreciate the numerous sacrifices made by men, women and families all across America. My best gratitude will always remain insufficient. To our Veteran's... hats off to you.
Posted by Micah Andrews 1 comment:
Email ThisBlogThis!Share to TwitterShare to FacebookShare to Pinterest
Older Posts Home
Subscribe to: Posts (Atom)

Micah Andrews
Well, I'm the son-of-a-preacherman from Tuscaloosa, AL. I love life and am challenged every single day to be a better man. I've been happily married to Karie for almost 14 years. We have two beautiful blondes, Olivia (10) and Ella (7)... I have also washed the dishes almost every night for 13 years. I have many addictions... the Red Sox @ post season, the Crimson Tide, Dunkin Donut coffee, and the rest I'll keep to myself. In light of it all, His Grace Still Amazes Me.